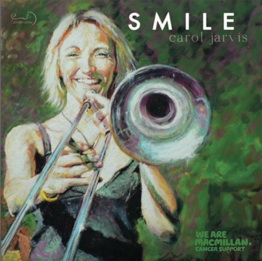 Since being diagnosed with cancer I have wanted to help give something back and to help others. It took roughly two and half years of planning with my good friend Rod Dunk, but it has finally arrived! All the musicians gave their time for free and we recorded at the famous Pinewood Studios. Studio time was limited, so we had to work long hours, but the final version is now selling well and making a difference for my chosen charity Macmillan Cancer Support.

The album was launched on 8 March 2010 at The Forge in Camden, owned by my friends and colleagues Charlotte and Adam Caird. It was a wonderful evening and my guests included the stunning vocalists Liane Carroll and Georgina Bromilow.

Many thanks to all involved, and of course to Rolf Harris, who painted a portrait of me for the front cover of the CD!

It is widely available and proceeds go to Macmillan Cancer Support wherever you buy it from.