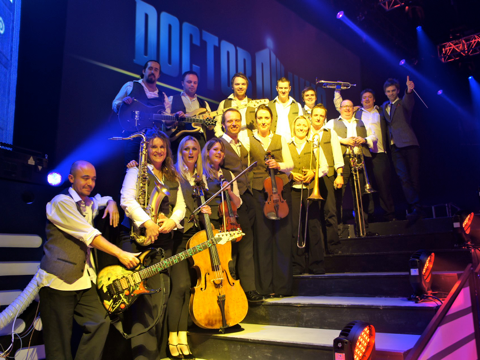 For five weeks in October/November I toured with a brand new show – a live arena tour of the longest-running science fiction television show in the world.. BBC’s Doctor Who!

With specially-composed music by Murray Gold, we began with intense rehearsals at Air Studios in London under the baton of Ben Foster, and the tour kicked off in a packed Wembley Arena. We toured to every major arena in the UK, with a huge stage, set, cast, band and every Doctor Who monster you can think of. It was a wonderful group of people to tour with, and the Halloween party was also rather special!